Introducing Kylie Kindred and her beautiful and well-mannered doggie, Panda.  Kylie Kindred takes her dog Panda to work most days as she is the owner and manager of Missy’s Place, a day spa in Willoughby, Sydney.  Panda regularly meets and greets Kylie’s clients when she isn’t snoozing.

It was not easy at first when Kylie wanted to have a dog in her apartment.  Kylie shares her story about how Panda won over her neighbours and changed her life.

When Kylie Kindred takes her dog Panda to work, find out who’s the boss?

Who’s the boss:  Did you grow up with pets?

Yes, we had several cats, sometimes four at a time! We also had some guinea pigs and mice. We often went to the country for holidays and met lots of animals there. Both my parents were animal lovers. Animals have always been part of the family and never a ‘thorn in our side’ in terms of care.

Who’s the boss:  How did you choose Panda?  Were you looking for a specific breed?

My sister had a ‘Spoodle’ (Cocker Spaniel Poodle cross) that used to cuddle up to me on the lounge when I was baby sitting my nieces. I did explore a whole lot of breeds but I kept coming back to the spoodle. I saw an American Cocker Spaniel Poodle cross one day at the beach and I knew immediately that was what I wanted.  This cross breed has the sweetest nature imaginable and so does Panda.   I have found Panda easy to train (even for a first timer like myself) and she is the perfect size, about 10 -12 kilos.

Who’s the boss: How has Panda made a difference to your life?

When I left the corporate world, I needed a change of pace.  I wanted a lifestyle outside of work.  Before I got Panda, I walked at Balmoral beach for many years and no one ever spoke to me. Panda is always quite the social butterfly at the beach in morning and now we know everyone! Since Panda has been in my life, I have made many close friends.

Who’s the boss: How often does Panda join you at Missy’s Place?  Does Panda steal the show?

At Missy’s, Panda happily sits in the corner and wags her tail to lure in clients for pats and cuddles. She joins me about once a week.  I will bring her into work if I think she isn’t tired enough at home to sleep all day. Panda is exhausted at the end of the day after all her meets and greets. The clients just love her and they usually walk in the door and go straight to her. It’s great if clients bring their children as Panda loves to play with them and keep them entertained whilst the mums can relax and enjoy the treatments. We even get passersby coming in just to say hello. A puppy opens everyone’s heart.

Who’s the boss:  Does Panda get her own way?  What has she trained you to do?

I freely admit that my life revolves around Panda. We walk every morning and go to the dog park in the afternoon. I never leave the house without taking her out for a walk first. Panda wouldn’t allow it. We’ve only missed two days walking in four years and that was when we had the red dust storms. Her favourite past time is playing fetch in the water at the beach. I don’t mind taking her as that way I get some quiet time at home if she is exhausted. Panda has trained me to play fetch up and down the hallway if she isn’t already worn out from her walk or play at the park.

Panda lets me know if I get the ratio of chicken to biscuits wrong in her dinner. She throws herself down on the floor and refuses to touch her dinner until I add some more chicken. She always knows if I have given her a little less.

Panda sleeps in my room and she is allowed on the lounge chair.  All the things people say dogs are not supposed to do.  But she is a good doggie and I just love her more and more every day.

Who’s the boss: Panda lives with you in an apartment, has she made friends with your neighbours?

Yes, she is always on the look-out for the neighbours to say hello. However, initially, the neighbours were hesitant about a dog living in their apartment block. I was told to get a budgie instead, but I had already seen a picture of Panda and I wasn’t changing my mind. It wasn’t easy at first.  But once the neighbours met my puppy with such an open heart, flopping about at their feet like they were the best person in the world, they all fell in love with her very quickly. The fact that Panda is well behaved, she doesn’t bark or whimper also has made a big difference.  If she tried to bark when she was little, I just didn’t respond or I left the room and it seemed to work.

One neighbour who was very reluctant about me having a dog said that he often talks about Panda at dinner parties! He was so impressed by Panda’s good behaviour and her affectionate, happy nature.

Who’s the boss:  What tips do you have for pet owners who want to have a dog in an apartment?

I read in a book (before I got Panda), that if you always walk your dog in the morning before you go to work, they will sleep most of the day and they are less likely to bark from boredom. An extra play at the dog park in the evening also helps with this.  I feed her as I leave for work so she never cries when I leave.

I told the Strata that Panda would be fully trained (she went to puppy kindy) and I offered to pay for a puppy consultant/trainer if there were any issues. This helped a lot with my relationship with the neighours.  They then realised that I was conscious of Panda’s behaviour and I didn’t intend on letting her bark all day. That would drive me crazy too!

I think early socialisation is really important.  I made sure that Panda went to Puppy Kindy and she is adaptable to all dogs, people and situations.  She loves to go to doggy day spa every six weeks where she plays with the other dogs all day. This was particularly good for her early socialisation. 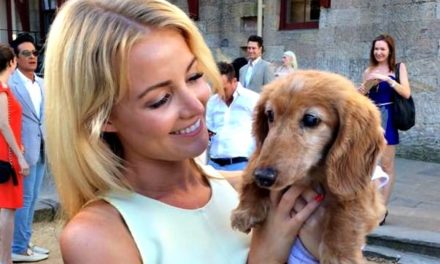 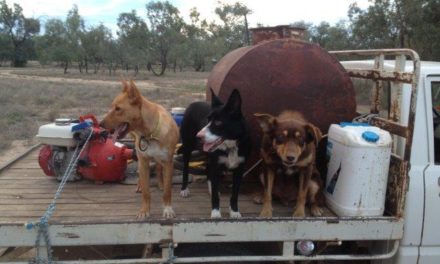 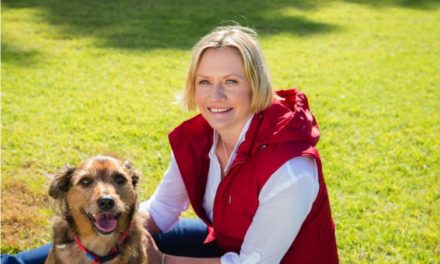 Dr Joanne Righetti and her pets who’s the boss? 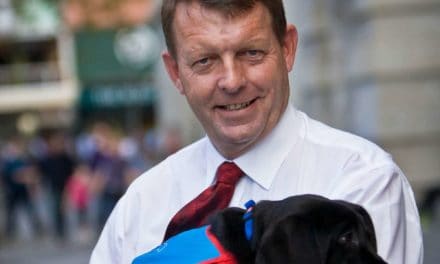