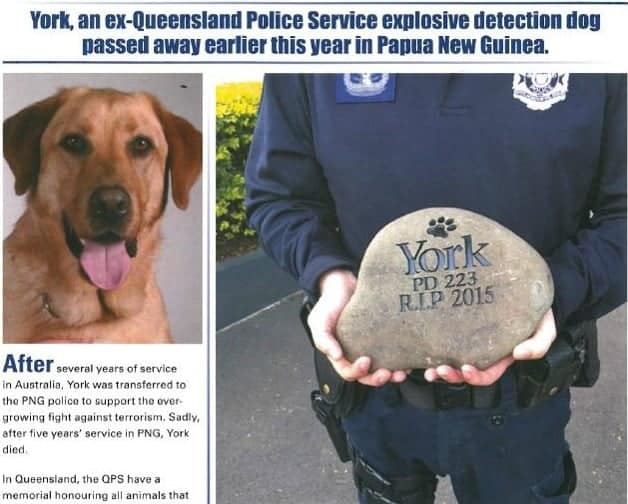 After several years of service in Australia, York was transferred to the PNG police to support the ever-growing fight against terrorism.  Sadly, after five years’ service in Papua New Guinea, York died in 2015.

The Queensland Police Serice (QPS) has a memorial honouring all animals that have served in the past 150 years of their organisation.  Officers from the Mounted Branch and Dog Sections, therefore, have somewhere to honour their four-legged comrades when they pass.  However, there was no grave marking for York’s service in PNG.

The Australian War Animal Memorial Organisation (AWAMO) stepped forward, and along with members of the Queensland Explosive Detection Ordinance Team, paid for a memorial stone to be placed at PNG police headquarters.

AWAMO opened a war animal memorial at Kokoda in PNG in 2016 to honour the 25,000 war pigeons, several hundred equines, and a small number of dogs that served there during the Second World War.  AWAMO President Nigel Allsopp, a QPS dog handler, requested that the ADF Museum in PNG place York’s stone within their care.

Buy a purple poppy to honour our four-legged diggers and support charity AWAMO. 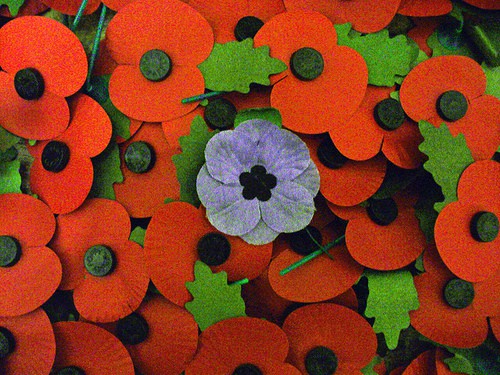 Commemorate animals of war with a purple poppy, visit www.purplepoppies.com.au 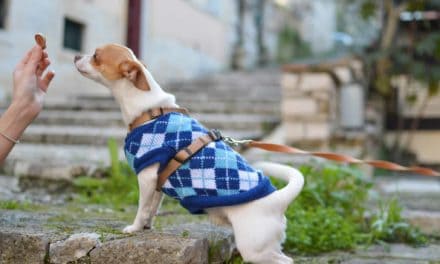 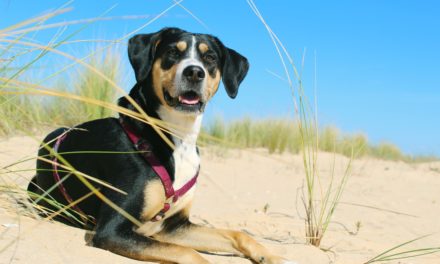 Protect your pets against bush fire smoke and heat stress 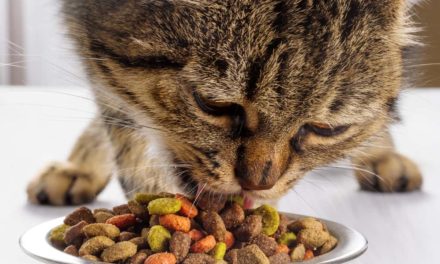