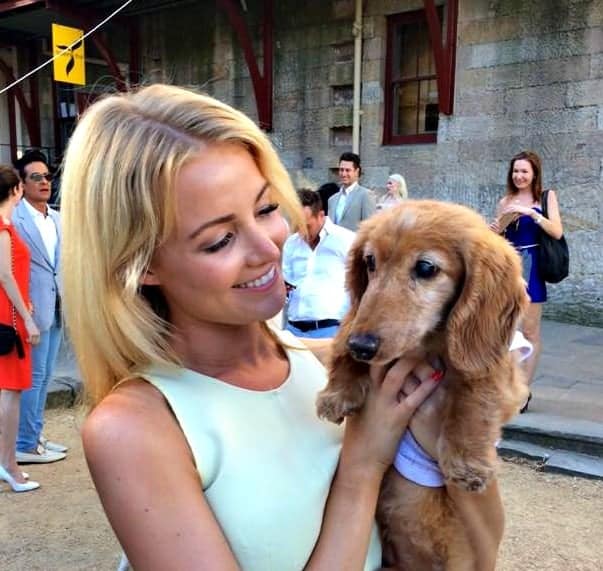 Who’s The Boss reveals who really is the boss between TV presenter Brittany Bloomer and her dog Hansel, a 14-year-old Dachshund who has been by her side since childhood.

Brittany is a busy person! At a young age, she has an exciting career as a TV presenter, which has taken her all around the world, travelling to countries like Korea, Fiji, America and China.  Brittany is a huge animal advocate.  In April 2016, she launched Pound Paws, whose mission is to help abandoned and surrendered animals find a home.  Pound Paws collaborates with pounds Australia wide to give you the latest listings of cats, dogs and other animals who need a loving home.

Hansel was the inspiration behind Pound Paws and he is now a proud Ambassador for the organisation. Find out who’s the boss between Brittany Bloomer and her dog Hansel.

Pets4Life: How did Hansel come into your life?

Brittany: Hansel was a family pet who showed me how strong a bond can be between an animal and a human. Until one owns their own pet, they will never experience how precious the relationship can be. Hansel has been through many life obstacles with me and he has always been there to talk to (even if he had no idea about what I was saying ha ha), he has always provided comfort and love since my young childhood years.

I think experiencing this valuable companionship made me not only feel lucky to have such a great pet in my life, but also sad to think of how many happy/healthy pets end up in pounds on death row, or mass breed in puppy mills. It became my mission to reduce this number.

Pets4Life: How do you spend time together? 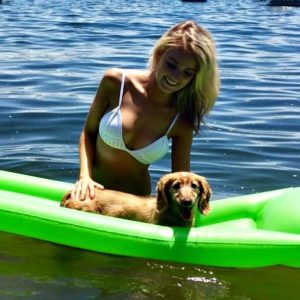 Brittany Bloomer and Hansel at the beach. Photo: supplied

Brittany: I always look forward to my bonding time with Hansel. My favourite time spent with him is when we visit Rose Bay beach and bring a blow-up pool bed and go floating in the water together. Although he is blind, he still enjoys it immensely – I think he thinks he’s in the bath though ha ha.

He is the most social dog ever, so we always make new friends together.

Pets4Life: What does Hansel mean to you?

Brittany: Hansel was a huge inspiration to start Pound Paws. When I found out that over 250,000 happy and healthy cats and dogs get put down per year in Australia, It really hurt me, as I couldn’t imagine my life without Hansel. He has played such a positive role in my childhood, as not only a dog but best friend too. There are too many animals in Australian pounds that are getting put down per year and these could all easily be someone’s pet. I realised that a lot of the Australian public had no idea that this was a major issue, so raising awareness about adoption in Australian pounds/rescue centres was my first step towards making a change.

Pets4Life: You’re the boss as a TV presenter but who’s the boss at home?

Brittany: Hansel being a dachshund, is definitely a very sassy little boy. He always finds a way to let me know who’s boss, whether by barking at me or surprising me with a little puddle of wee in the hallway if I have delayed taking him on his morning walk. Even though he is 14 years senior, he still acts like a complete baby and loves to get spoilt and cuddled.

Head to the Pound Paws website to search for your new fur-ever pet at www.poundpaws.com.au 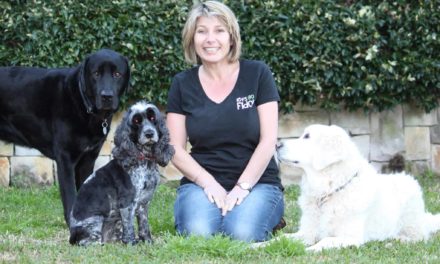 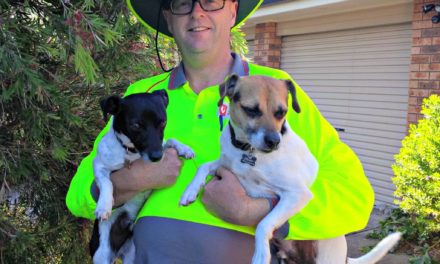 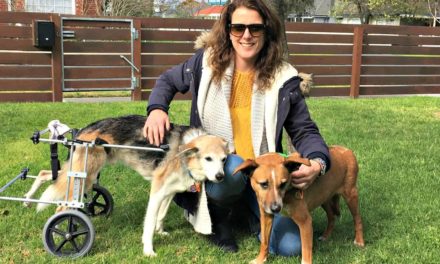