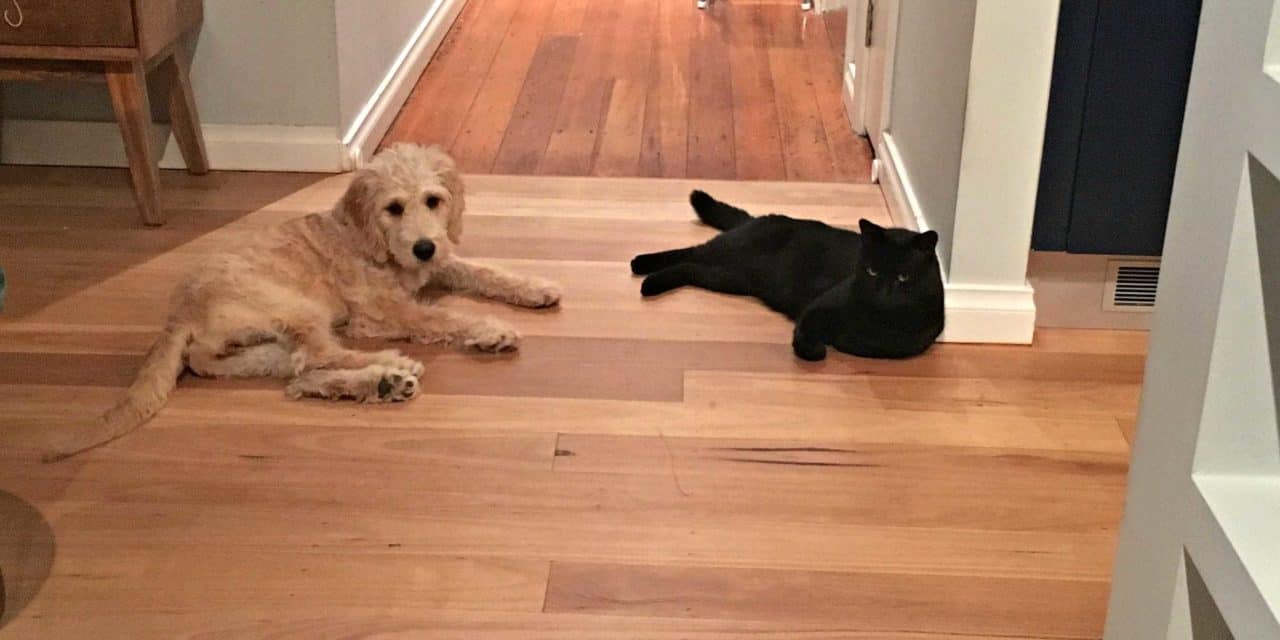 When Daisy, the beloved family Labrador passed away last year, the Giles family took their time before deciding to bring home ‘Bee’, a Groodle (Golden Retriever Poodle cross) puppy in November.  Little did they know that their 7-year-old cat, Lincoln was not too keen on this new canine interloper moving into his territory!  Sydney pet guardian Kelly Giles shares her recent experience in introducing a puppy to a cat and 3 tips for families to avoid moggie and doggie mayhem.

Pets4Life:  When did Lincoln and Bee join your family, what are their personalities like?

Kelly: We selected Lincoln from the Animal Welfare League NSW 6 years ago. He was 1 yr old then. He is a black short-haired domestic cat. He is quite aloof and a bit feisty.  Bee arrived in November 2017, she was a 2-month-old Groodle puppy full of life and love.

Pets4Life: How did you prepare Lincoln for the arrival of his new canine friend?

Kelly: We didn’t really prepare Lincoln for Bee’s arrival, however, he was used to living with Daisy, our Labrador who sadly passed away last year. We concentrated more on preparing the house so Lincoln could have his own quiet dog free zone. We put up baby gates in the hallway. Lincoln was very curious about this and not terribly impressed as he had to jump over them.

Pets4Life: What did Lincoln think of the new puppy?

Kelly: Lincoln was not at all interested in the new arrival. He didn’t like the speed that Bee moved around the house and garden. Most days he disappeared and only returned for dinner. He had never really interacted well with our old dog Daisy.

Even though we don’t think Lincoln cares about his humans he has actually been quite displaced by Bee’s arrival. I hadn’t anticipated this.

Pets4Life: How did you go about introducing Bee to Lincoln? 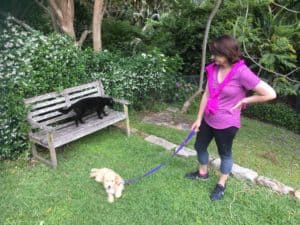 Kelly: We took the introductions very slowly as I was worried Lincoln would be aggressive to Bee. For the first week, they weren’t in the same section of the house together but they could see each other through the baby gates. When we “released” them we had Bee on a lead all day so we could grab her to stop her running at Lincoln.

It is actually Bee’s exuberance that is the main problem. She wants to chase Lincoln all the time, she thinks he is a small puppy and wants him to play. We spent over a month being on high alert as to where each pet was.   4 months later Bee still tries to play and they have a bit of a chase every few days.

We spent over a month being on high alert as to where each pet was.

Pets4Life: What are your top 3 tips for families who are thinking of introducing a puppy to a cat

Kelly:  1. Divide house so the pets don’t have to be together straight away.  2. Place high items (we used our kitchen stools) around the living space so the cat can get out of reach of the puppy quickly. 3. Give both the puppy and the cat treats and pats for good calm behaviour when they are near each other.

More about how to do smooth introductions between cats, dogs, and children, listen to our Paw Perfect Introductions podcast. 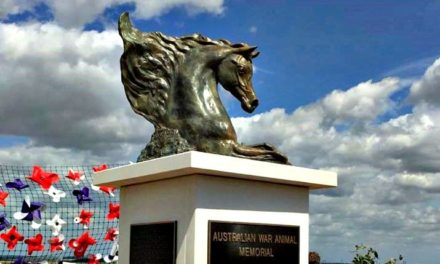 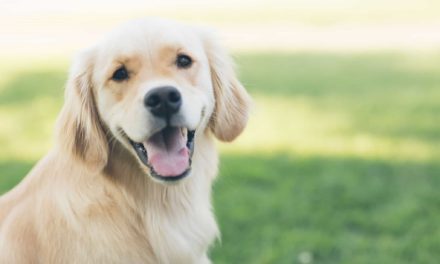 Dogs with lymphoma are needed for anti-cancer drug trial 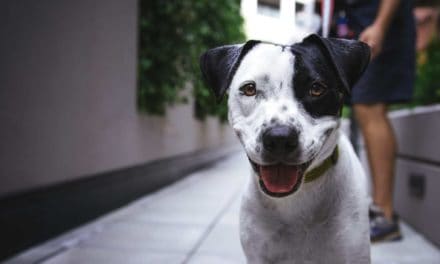 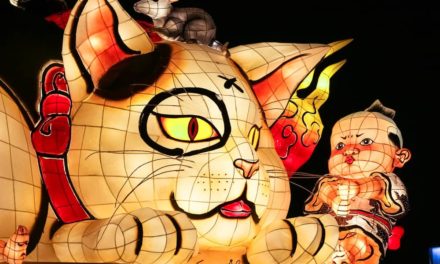