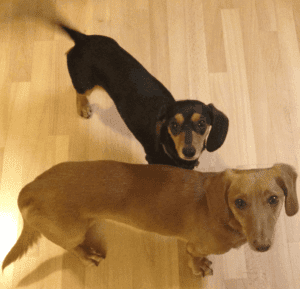 Known inherited dog disorders are found in many of the most popular dog breeds in Australia.  This is the result of small gene pools and breeders attempts to strictly adhere to breed standards and meet consumer demand.

The science tells that dogs that are the result of matings between unrelated animals have a fitness advantage due to their genetic diversity and hybrid vigour, and they are more resistant to both infectious and genetic disease.

Dr Richard Malik, Senior Consultant at the Centre for Veterinary Education, University of Sydney has a special interest in inherited dog disorders as well as cat genetic disorders. Dr Malik has expressed concern for the welfare of these animals and the need to change the way purebred dogs are selected and bred in Australia.  He says,

So many of these (health) problems are tied up with what people find attractive in a dog – they don’t want healthy, they want something that looks cute or macho.

Cavalier King Charles Spaniel: Syringomyelia is a devasting and painful disease caused by the dog’s skull being too small for its brain. They can also be susceptible to the early development of degeneration of the heart valves, especially the mitral valve. This breed also has a high prevalence of hydrocephalus and a range of other genetic issues – predisposition to the acquisition of pneumocystis pneumonia, glue ear, and platelet disorders. More about the Cavalier King Charles Spaniel. 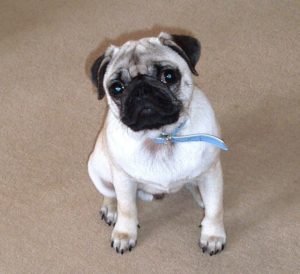 Pug and Pekinese can have such serious breathing problems that they may faint or collapse due to a lack of oxygen (especially when exercising of if they get excited). They commonly have obstructive sleep apnoea. They also can have vertebral problems (hemi vertebrae) that affects the spinal cord. Given that pugs are the seventh most popular ‘registered’ breed in Australia, this is a significant welfare problem. Most benefit by early surgery on the soft palate and nostrils.

English Bulldog: Breathing problems have been reported in Australia. Plus, in most cases this breed cannot give birth naturally because they have been bred to have large heads, broad shoulders and narrow pelvis. The puppies heads are simply too large to move through their mother’s pelvises. These dogs typically require a caesarean section and general anaesthesia to be able to give birth.  They also greatly benefit by surgery for their long soft palates, but unfortunately nothing can be done for their narrow tracheas (wind pipe). (Source: Dr Richard Malik)

Dachshunds are predisposed to intervertbral disc protrusions ( “slipped disc”) spinal problems, not only due to their excessively long spinal column and excessively short legs but also because they have abnormal cartilage that can lead to ruptured discs. The disc prolapses and puts direct pressure on the spinal cord, causing extreme pain and potential neurological problems. Many Dachshunds require expensive remedial spinal surgery to address this problem. (Source: Dr Richard Malik)

Dr Malik says some unfortunate breeds are predisposed to several genetically programmed diseases which can occur in a mix and match combination. The Doberman, for example, can suffer from dilated cardiomyopathy (heart failure), Wobbler syndrome (disease of the cervical spine at the neck), Von Willebrand disease (blood disease affecting effective clot formation), hypothyroidism (inadequate active thyroid hormone) and the predisposition towards hypersensitivities to various drugs.

Talk to a Veterinarian for advice and information about inherited dog disorders.  Choose your dog breed wisely!