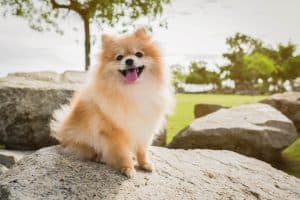 Pomerian is a member of the Toy breed group

If you’re thinking of getting a dog, it helps to understand the difference between the natural traits of the 7 dog breed groups in Australia. The Australian National Kennel Council Ltd classifies dog breeds into – Toy, Terriers, Gundogs, Hounds, Working dogs, Utility and Non-Sporting.

You can expect a great variation in dog behaviour between the breeds but also variation within a breed. Unlike human identical twins, pure breed dogs are not clones.  Whether you choose a purebred puppy or adopt a mixed breed dog, you cannot accurately predict the future behaviour of a dog based on how a dog looks on the outside, their breed or the DNA results.  The behaviour of all dogs is influenced by many factors.  (source: AnimalFarmFoundation.org)

Group one – Toy Dogs are now kept purely as companions but most toys were originally bred to do some other work. For example the Griffon Bruxellois were originally developed in Belgium to keep rats down.  Some breeds, like the Pomeranian were originally much larger than they are now. Australian National Kennel Club list of Toy breeds Group two – Terriers can be divided into three subgroups – the Bull breeds, the small and larger terriers.

The Bull breeds are not actually terriers at all, with the exception of the English Bull Terrier – they were generally all purpose dogs used for guarding, herding and family companions.

The known to be feisty, energetic dogs whose ancestors were bred to hunt and kill vermin. The difference in the large and small terriers is in leg length and both were bred as hunters, but the smaller size of the small terriers enabled them to dig after their prey. The larger terriers could run faster and further.  Australian National Kennel Club list of Terriers

Group three – Gundogs consisted of three types – 1) pointers/setters (mostly large dogs), 2) retrievers (medium-large and solid) and 3) spaniels (smaller with silky coats and very long ears).  All Gundogs have large dropped ears, presumably to protect the ear canals when working in rough country.  They are very trainable and rarely show aggression towards people or dogs. They were bred to work in a group of people or dogs and remain under voice or whistle control even when far away from their owners.  Those which retrieve are bred to hold a delicate object without damaging it. They have happy friendly natures, and make ideal pets as long as their exercise requirements are met. Australian National Kennel Club of Gun dogs

Group four – Hounds (sight and scent) – The Greyhound is a typical sight hound.  Others include Afghans, Borzois and Salukis. These are tall and slender, very fast dogs which hunted their prey visually.  They are like a Cheetah, a short burst of energy to chase and then nap time for the rest of the day. 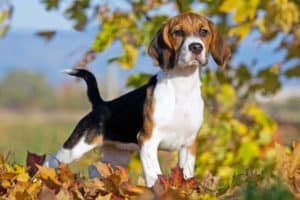 Beagles and Basset Hounds are scent hounds meaning they hunt mostly by scent. They are strong, lower set with long ears to help funnel scents. The world is just one big smorgasbord of smells! Good recall is essential because once scent hounds are on a scent, it can be very hard to call them back to you.

The Dachshund, although listed as a hound, really shares more characteristics with terriers – it was bred  to ‘go to ground’ after badgers and other small game.  This explains it short bent legs, which are perfect for digging. Australian National Kennel Club of Hounds

Group five – Working Dogs in Australia include Cattle Dogs, Kelpies and Border Collies, which are still used to herd and/or protect stock, mainly sheep and cattle.  They are popular companions due to their trainability, but often too energetic for their owners. Pure instinct prompts many of these dogs to gently herd their owners, especially the children of the family! This group includes the Australian working dogs and the larger European dogs such as the German Shepherd, Briad and Bouvier, most of which are needed to protect the stock as well as herd them. Australian National Kennel Club of Working dogs 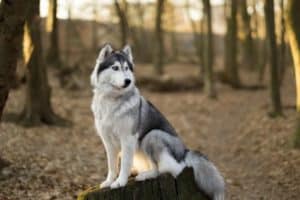 Husky is a member of the Utility group. Photo: Shutterstock.com