Diabetes in cats appears to be very similar to type II or non-insulin dependent diabetes in humans. The disease is characterised by abnormalities within the pancreas that interfere with the ability to produce insulin, and also with so-called ‘insulin resistance – a reduced ability of the tissues in the body to respond to the insulin that is produced. Together these combine to cause diabetes. 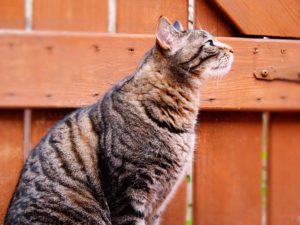 Type I diabetes in humans is caused by an auto-immune disease that results in destruction of the cells in the pancreas that produce insulin. Although this has been seen in the cat, in contrast to dogs, this form of disease appears very rarely in cats.

Diabetes may also occur in cats as a secondary disease – i.e. secondary to another disease or to certain forms of drug therapy. Some other endocrine diseases such as hyperadrenocorticism (an excessive production of cortisol from the adrenal glands), or acromegaly (an excessive production of growth hormone from the pituitary) can strongly impair the response of tissues to insulin and result in diabetes. The same can happen occasionally when certain drugs are used such as prolonged high doses of corticosteroids or progesterone-like drugs (progestagens).

Clinical signs of diabetes in cats

Diabetes is mainly a disease of middle-aged cats and older, and is more common in male cats than females. The disease is also much more common in neutered cats and overweight cats – being overweight and leading a sedentary lifestyle are two of the most common causes of an impaired tissue response to insulin (insulin resistance) which is a critical component of the disease.

A genetic predisposition to diabetes is well recognised in humans, and there is evidence that this may also be true in cats. In some countries at least, the Burmese cat appears to be predisposed to developing diabetes, and the disease appears very common in some lines of Burmese.

The most common clinical signs seen in diabetic cats are:

More about diabetes in cats.