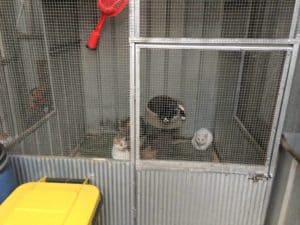 The once vanquished feline panleukopenia virus has caused the death of scores of cats in Sydney in recent weeks, investigations into the outbreak by researchers from the University of Sydney show.

Blacktown City Council is the latest to announce an outbreak, last night issuing a statement saying its Animal Holding Facility would be closed to cats and it was placing a hold on adoptions and cat rescues until the outbreak was under control.

The symptoms are fever, lethargy and loss of appetite, followed by vomiting and diarrhoea. In severe infections cats can die suddenly with no signs.

Sydney veterinarian Dr Tanya Stephens, owner of Haberfield Veterinary clinic, said she had not diagnosed a case for 40 years. That was until about two weeks ago when her practice diagnosed the disease in four rescued stray kittens, which later died after a short illness.

The disease has also struck three animal shelters in western Sydney, resulting in the deaths of more than 50 cats. Affected cats were mostly kittens that had not yet been vaccinated, or were not fully vaccinated.

DNA sequencing by University of Sydney Professor Vanessa Barrs has confirmed that the strain of virus causing the outbreak in Australia is feline panleukopenia virus (FPV).

It coincides with several large outbreaks of parvovirus in dogs in NSW, around the Shoalhaven area as well as the Riverina region and Tamworth.

“The message for pet owners is making sure your dogs and cats are vaccinated against these deadly infections,” said Professor Barrs, from the Sydney School of Veterinary Science and Marie Bashir Institute.

However, there is no risk for humans as the disease cannot be passed on to them.

FPV, also known as feline enteritis, is a deadly viral infection of cats that was first discovered more than 100 years ago. With the uptake of vaccinations, the disease virtually disappeared from Australia in the mid-1970s.

The current outbreak is particularly dangerous because it occurs in the middle of summer when there are larger numbers of kittens around, which are most susceptible to the disease.

The research by Professor Barrs and her colleagues indicates that current vaccines should be effective. “The current outbreak seems to be caused by a lack of mass vaccination, especially in shelter-housed cats,” Professor Barrs said.

“The disease had previously re-emerged in Melbourne cat shelters a few years ago but despite warnings, cats have not been vaccinated in many shelters because their risk of disease was perceived to be lower than in dogs when in reality the risk to cats is high.

“When less than 70 percent of the population is vaccinated, there is a perfect storm for the emergence of a disease epidemic. The current outbreak is a timely reminder that maintaining immunity in populations of animals where effective vaccines are available is essential”.

The University of Sydney is researching the current panleukopenia outbreak and is keen to obtain samples from confirmed cases.