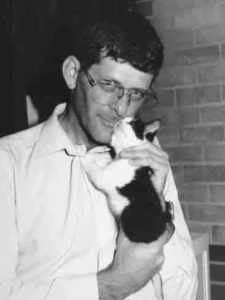 Dr Richard Malik graduated from the University of Sydney in 1981. He initially trained in Veterinary Anaesthesia and Intensive Care, then moved to ANU where he completed a PhD in neuropharmacology at the John Curtin School of Medical Research. He subsequently completed a Postdoctoral fellowship at the Neurobiology Research Centre at the University of Sydney, before returning to his alma mater as a Medicine Resident in the Veterinary Teaching Hospital. He remained there for 16 years in a variety of positions, most notable as the Valentine Charlton Senior Lecturer in Feline Medicine (1995 to 2002).

Since 2002 Richard has worked as a Senior Consultant in the Centre of Veterinary Education, and he finds time also to see cases in a number of practices in the Eastern suburbs of Sydney. Richard is a Member of the College in Canine Medicine and a Fellow in Feline Medicine, and a registered specialist in Small Animal Medicine in NSW. Richard is also a Fellow of the Australian Society of Microbiology. Richard has strong and varied research interests, most notably infectious diseases (such as cryptococcosis and mycobacterial infections), genetic diseases, diseases of cats in general and most recently diseases of koalas. Richard has a strong commitment to veterinary continuing education, and to collegiate interactions with small animal colleagues in Asia. He is also an Adjunct Professor of Veterinary Medicine at Charles Sturt University.