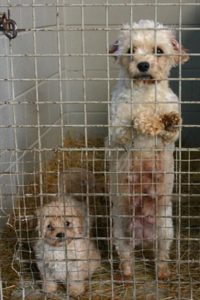 This 2016 Federal Election year, it’s time for our political leaders to show leadership in the animal protection space and commit to introducing an Australian Independent Office of Animal Welfare.

It’s time to remind politicians that large numbers of Australians feel strongly about the treatment of companion animals, wildlife and farm animals.

In 2013 the government dismantled the national framework for animal welfare, defunded the Australian Animal Welfare Strategy, and disbanded the advisory body for consultation on animal welfare policy.

Currently animal welfare is the hands of the Department of Agriculture whose primary objectives are economic outputs and industry protection.

An Australian Independent Office of Animal Welfare would fill the void and help to resume a leadership position on animal welfare.

Voiceless, an independent, non-profit think tank focused on raising awareness of animals suffering in Australia has provided a summary on where Labor, the Coalition and the Greens stand on establishing an independent office of animal welfare.

Australia is lagging behind

Australia is falling behind our international counterparts when it comes to animal protection. In 2014 World Animal Protection published the first edition of the Animal Protection Index (API) which is a ranking of the animal welfare laws and policies of the world’s 50 biggest livestock producing countries. Australia ranked C, falling short of A-ranked countries such as Austria, Switzerland, New Zealand and the UK. A lack of frameworks for national leadership and coordination for animal welfare let Australia down in the overall scoring, as this was seen as a significant barrier for improvement for many of the indicators.

You can take action by writing to the leaders of the major political parties using the Voiceless template.